“He kind of flies under the radar”.

This phrase, and words with similar meaning, have been used to describe me many times. Sometimes the speaker is talking to me; sometimes it’s a conversation when I am not present. When I hear someone say this of me, I smile.

I smile because those who “fly under the radar” can plan and work without attention; without people trying to get a sneak peek or influence their creative process or result. Then they emerge when the work of creation is done and shake things up. Those who need to be the center of attention can have their spotlight. I’ll let people notice me on my own terms.

The novel the perks of being a wallflower, by Stephen Chbosky, was published in 1999. The movie came out in 2012. I remember the book selling very well from the time I started working at Barnes & Noble in 2000. I don’t remember how quickly, but it made its way onto the summer reading lists of several local schools. After seeing the previews for the film adaptation I finally decide to put it on my reading list.

The first clue that I would enjoy it came when I read a blurb on the back cover comparing it to A Separate Peace and Catcher in the Rye, two books also about young men passing from adolescence to adulthood. I have read these two books many times and enjoyed them. “Wallflower” gives a modern treatment to this popular theme, so it is not for everyone. Charlie, the main character, finds himself in many adult situations during the course of his story, so consider yourself forewarned.

Charlie is a high school freshman, and he struggles with all of the familiar teen problems: fitting in while staying true to yourself, finding love, and so forth. One of the most interesting parts of the book for me is Charlie’s friendship with his English teacher, Mr. Anderson. Anderson recognizes that Charlie has a gift for reading and writing, and challenges him with books that he doesn’t ask the rest of the class to read. The books he reads are mostly classics. I had read several, but some that I have not. Mr. Anderson tries in several conversations to build Charlie up. Anderson sees that Charlie is an exceptional writer, which is why he gives Charlie the extra books to read.

Charlie is different from me in that the people he hangs around with are into parties and the social scene. I was not into all that. But I identify with Charlie’s extreme sentimentality. And, like Charlie, I also tend to listen to people and take everything in that goes on around me. I have a tendency to live in my thoughts and have to make myself aware of it in order to “particpate” more. And unrequited love is something I know very well. All of the girls I had a crush on as a teenager were out of reach for me from a dating standpoint. But I have always had lots of female friends.

One of the things I enjoyed most is the way the story is told. Charlie is writing letters to an anonymous reciever who he believes will appreciate his story. This allows for more of a glimpse inside the main character than if he were telling the events of the story as they happen. As I mentioned earlier, Charlie is an astute observer of the world around him.

I will close with two of my favorite quotes from the book:

Sam: “Charlie, we accept the love we think we deserve”.

Patrick: “You see things. You keep quiet about them. And you understand. You’re a wallflower”. (I think this one is from the movie).

The film is a very good adaptation of the book. I am glad that Chobsky decided to write and direct the film himself so it would be faithful to the book. If coming-of-age stories are something that you typically enjoy, I recommend the book and movie to you. For those of you who have read the book and/or seen the movie, what did you think of them? 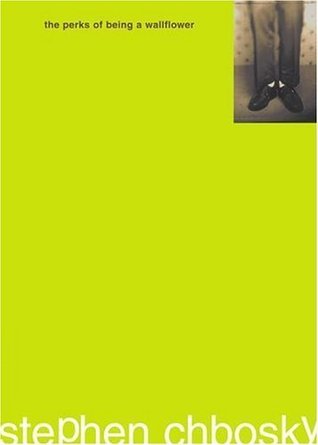 “In a gentle way, you can shake the world”- Mahatma Gandhi

I recently read Quiet by Susan Cain after, quite suddenly, becoming interested in the Introversion/Extroversion comaparison. The first step was following a link to a Jungian personality test a friend had posted on one of the social networking sites. The test identified me as an INFP, which I wrote about in an earlier blog post. Then I remembered another friend mentioning the book online after he read it some time ago. The book sounded interesting to me, so I wrote the author and title down for future reference. I am very glad I read it, because I belive this to be an invaluable book for everyone- introvert and extrovert, alike.

In Western culture, the Extrovert has become the ideal personality. But, as Quiet sites, at least one third of the people you know are Introverts. I believe this number to be significantly higher among my family and friends. So, in catering to the extroverted majority, Western society relegates introverts to the sidelines. One of my favorite sections of the book identifies the contributions of Introverts to the world. Among those are: Rosa Parks, Chrles Schultz, Steven Spielberg, Theodore Geisel, Isaac Newton, and J.K. Rowling. And Cain also discusses the fact that the Extrovert Ideal does not exist in Eastern Culture.

Another section of the book deals with the idea that a quiet, introverted child needs to be “fixed”. The implication being that a child who is not an Extrovert needs to be changed, because being an Introvert is not good enough. I see this often in my daily experience. Also, it is a popular message from the media. The reality is that Introverts need to be appreciated more for our own personalities and our own way of contributing to society.

As I said at the beginning of this review, I believe Quiet to be a book that benefits everyone. Introverts can discover ourselves in its pages. And Extroverts can get some help in understanding how our minds and personalities work. Have you read the book? I welcome your ideas and thoughts about anything in the book, whether I’ve written about it here or not.